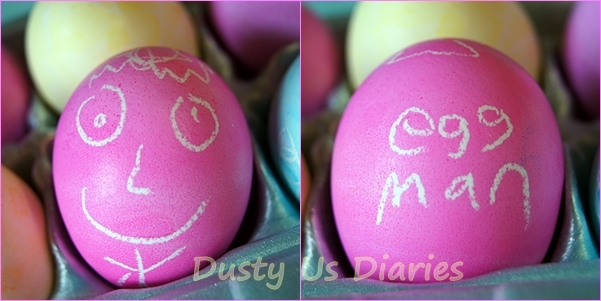 He stands out in the crowd! 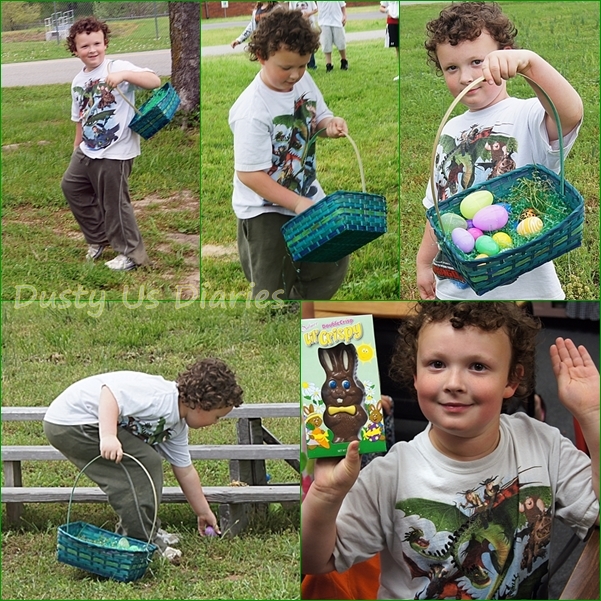 At the school egg hunt, Talon found 19 eggs. That was the most eggs found and he won a chocolate bunny!  Later, Talon told me he actually found 20 but gave one away to a friend who hadn't found many.  What a good boy! I think I will keep him! 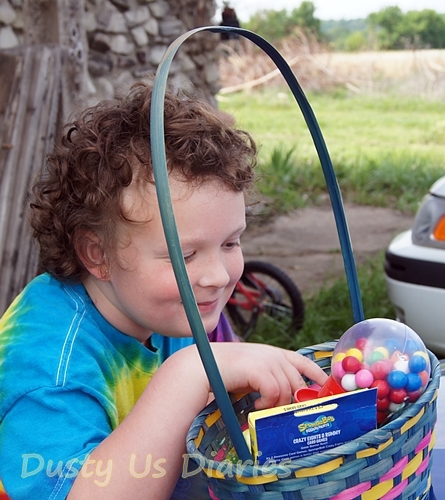 The Easter Bunny stopped by...  he left the basket on the hood of the car out of the reach of  naughty not-to-be-trusted canines. 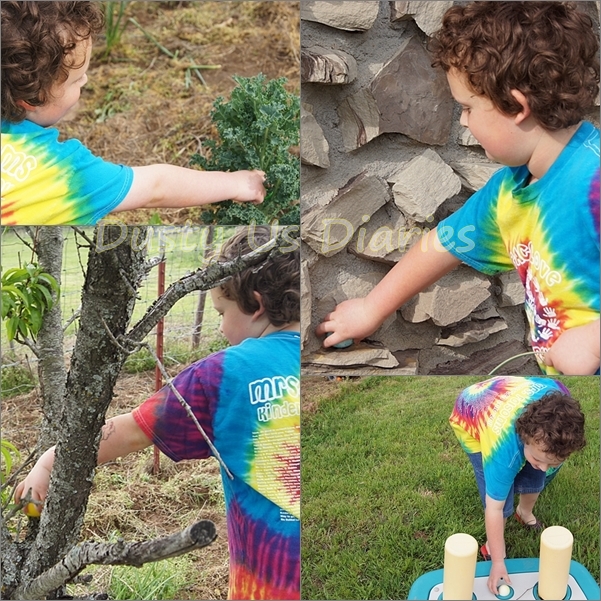 Eggs everywhere! In trees, on the house, in garden plants and odd little holes.  I hid one egg in the car muffler. Not the most brilliant idea I've ever had.  When Talon tried to get it, he pushed the egg too far in.  No worries though-- Hub started the engine and the egg plopped right out! 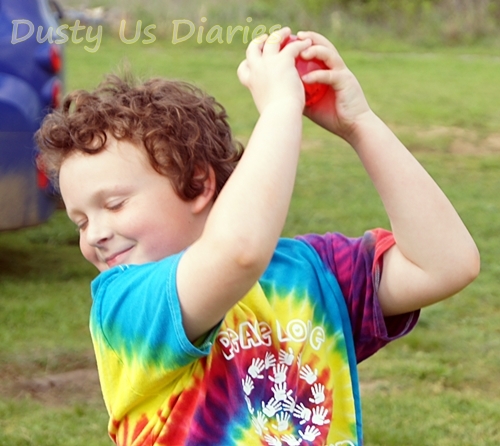 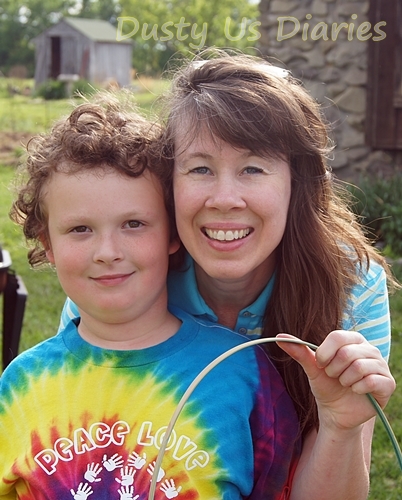 Happy  Egg Day 2012!
Tweet
Pin It
Email ThisBlogThis!Share to TwitterShare to FacebookShare to Pinterest
Posted by Lesa at 9:58 PM