Can you guess whose shadow this is? 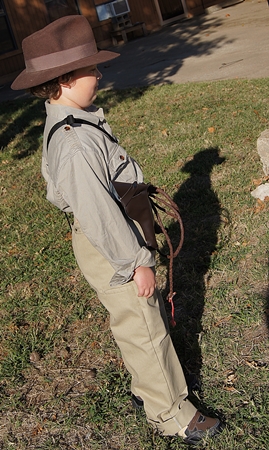 Indiana Jones!
Talon is a big fan of the movies and the Indy Jones Legos XBox games. He has  been making pretend whips out of stray long strings, straps and cords for two years. Now he can dress up as Indy anytime he wants.
Here is a photo of a random stranger taking a photo of Indy. 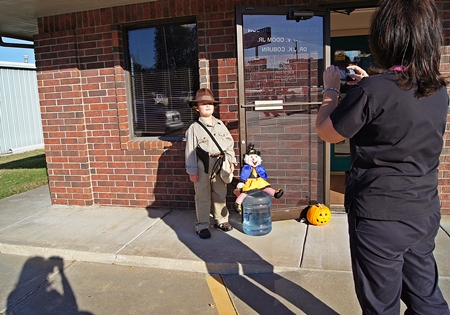 That is my shadow in the bottom left corner.
It is a cute costume, isn't it.  And it isn't a storebought costume but bits and pieces thrown together which makes it look more authentic, don't you think. The toughest part to find was the shirt. There was nary a boys expedition type shirt to be found anywhere. So where did I find it? Goodwill. And don't you dare tell him it is actually a ladies size small.
So yes, Indy was quite popular and greeted by name at almost every stop. Except by a couple of folks who said: Safari Man!
Hmm, where have they been the last thirty years?
The community Halloween festivities in Oklahoma are quite charming and very convenient. 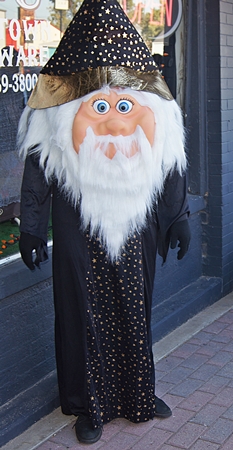 Downtown shopowners wear costumes and pass out candy to  parading trick or treaters. Churches and organizations set up trunk or treats and free carnivals (games/bouncy slides not rides) in parking lots. 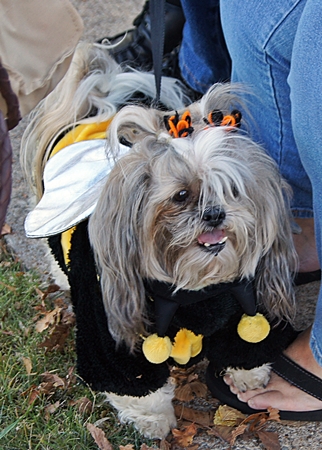 Some parents and most of the canines dress up too.
And the kids are adorable... 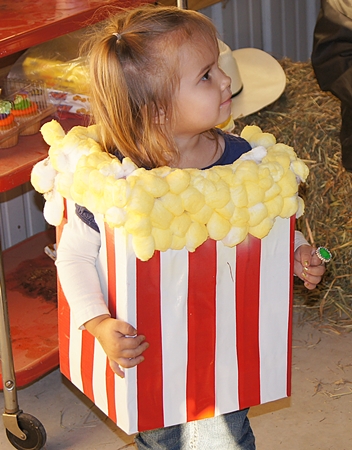 This year, Talon tackled two nearby towns. One is best for candy and the other is best for games. And Talon is boy who likes to cover all the bases.
﻿﻿ 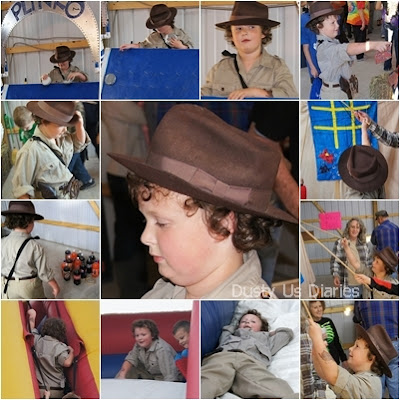 A mosaic of a few of the games and sliding. Talon tried and tried to win a cake but it just wasn't to be this year. I won a bag of peanut butter cookies though. It was an all encompassing combo cake/cookie/cupcake walk.

﻿﻿The most ususual game this year was this sanitary apple bobbing game: 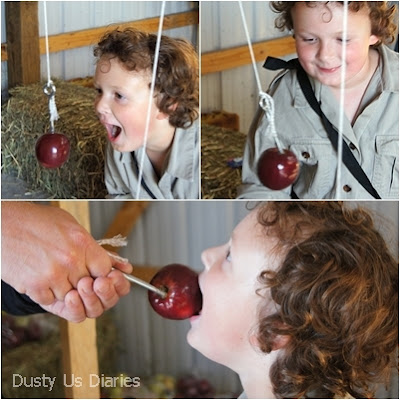 The apples swing on strings and it is quite the challenge to catch one. Each child keeps their apple and a new apple is impaled on the screw for the next contestant.
Here is a video to see the game in action:

There were a few creeps and ghouls out... 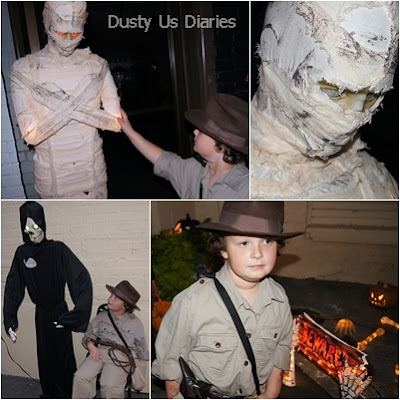 But Indy wasn't scared!
Is this the set for Raiders of the Lost Ark 2? 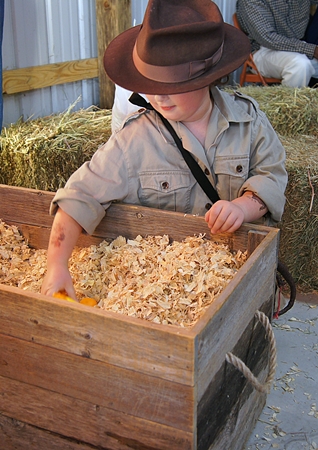 Ha, no-- it is just a treasure hunting game but it made for a perfect Indiana Jones photo op.
Happy Halloween 2011!
Linking to Shadow Shot Sunday and Camera Critters
Tweet
Pin It
Email ThisBlogThis!Share to TwitterShare to FacebookShare to Pinterest
Posted by Lesa at 7:07 PM