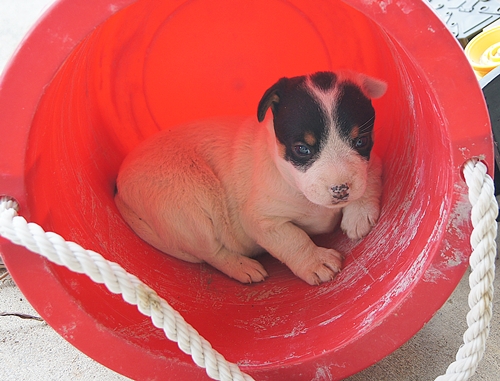 This bucket loving puppy is the progeny of Snowpaw, our dumped doggie non grata.  And after three weeks under a barn, pup says a cozy bucket is 'moving on up'!
Yep, Snowpaw had her pups way under a barn where we could not really see or help them in any way. With a flashlight there appeared to be three but by the time she moved house to under a barn with better access there was only one.  When pup finally sat up in it's little hollow under the barn, I gently pulled it out with a hoe. 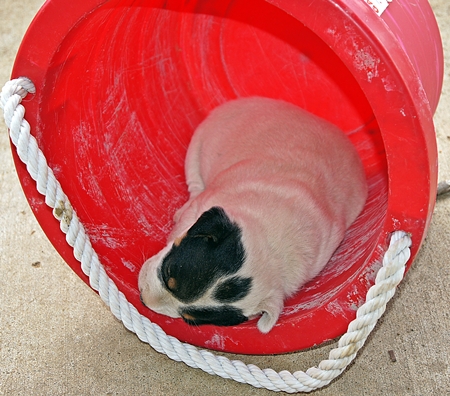 Now we have one fat little snoozing pup in a bucket on the porch. 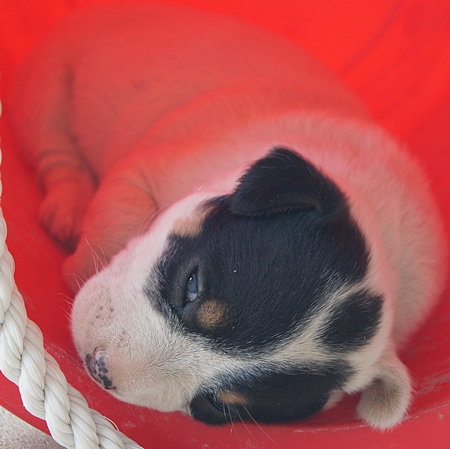 or attempting to snooze. *sigh* 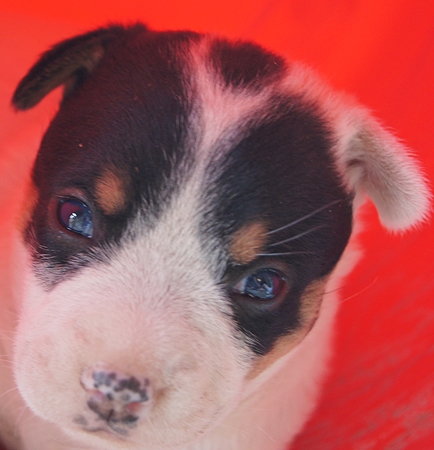 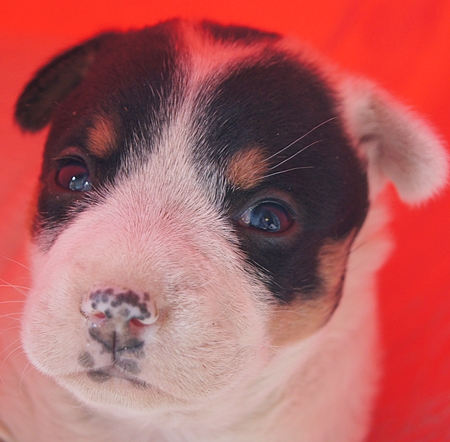 Can't a puppy get a little shuteye around here!
Poor little funny looking thing. Kinda cute though despite her unfortunate appearance, don't you think? And considering the ugly sour faced no-tail father, pup is actually quite fortunate in the looks department. Relatively speaking, that is. 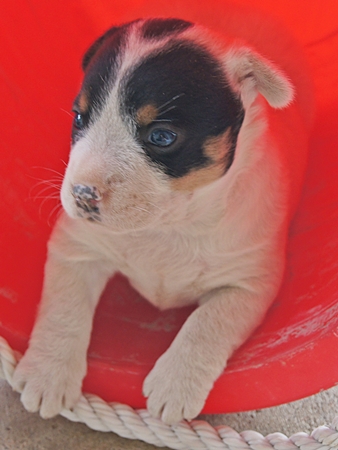 As much as pup loves sitting in the bucket, she does come out for a little waddle now and then. 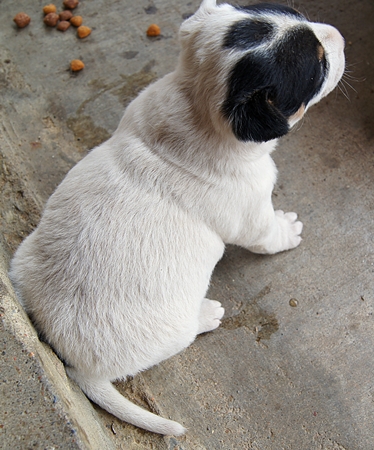 Did I mention this pup is a butterball? So low and wide to the ground.  Really, if she didn't have a tail, she would look just like a fat guinea pig waddling around. 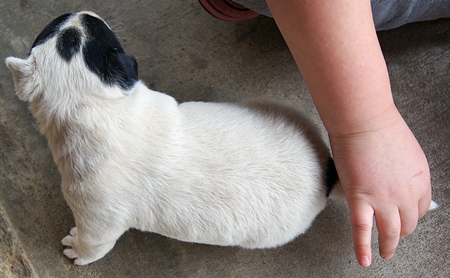 And she does have a waggy little tail.
After an outing, pup heads... where? 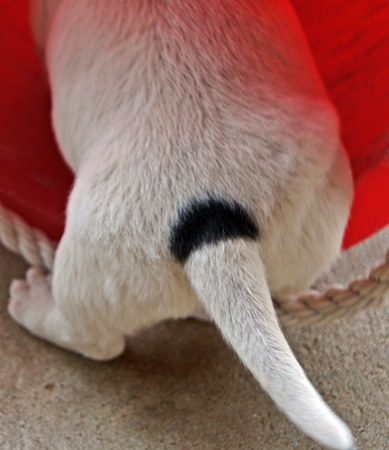 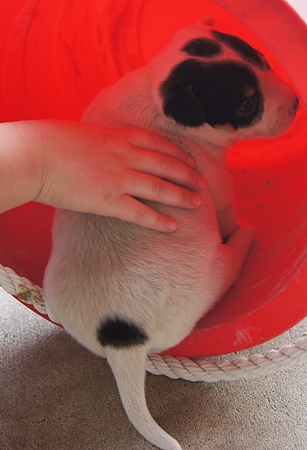 Falls out of the bucket!
But mainly... 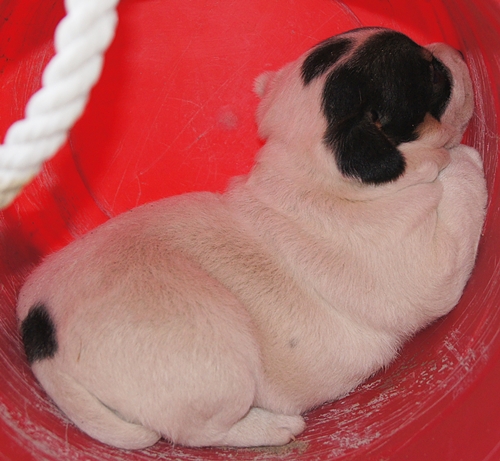 Sleeps in the bucket!
Sleeps and sleeps. 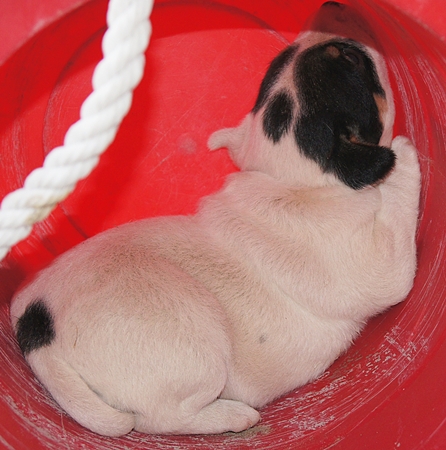 In the oddest positions.
And did I mention this pup is a bit on the chubby side?
Upcoming: a jealous mama dog post and puppy naming post and... well, rest assured there will be plenty of puppy posts so please stay tuned.
Linking up to these fun photo meme linky parties:
Camera Critters
Ruby Tuesday